Back
Next
Previous
October 16, 2020 Corporate 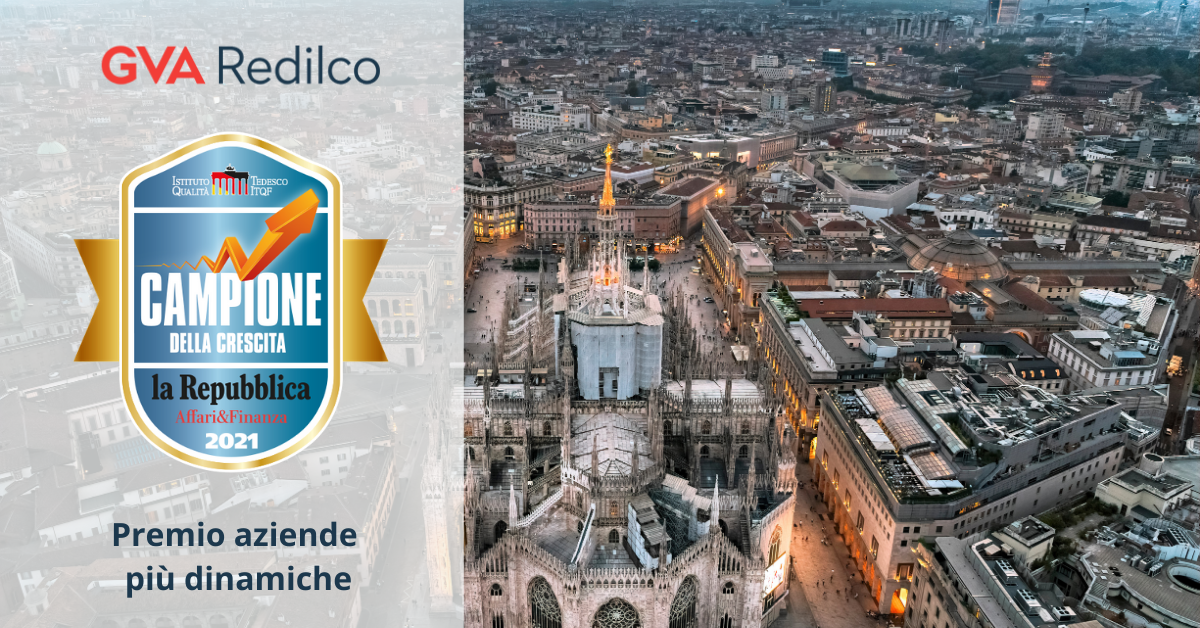 Thanks to the significant organic growth recorded in the 2016/2019 period, for the third consecutive year GVA Redilco - which had already obtained recognition for the 2013/2016 and 2015/2018 periods - appears among the 400 Italian companies undergoing greatest economic expansion - the ’Campioni della Crescita 2021’ - according to the survey conducted by the German Institute of Quality and Finance in collaboration with La Repubblica Affari & Finanza.

The study, now in its third edition, aims to provide an annual illustration of the situation in Italy, identifying the companies that have grown in terms of revenues and number of employees, giving impetus to the Italian economy thanks to innovative ideas and business models, crucial for the competitiveness of our country.

The total revenue for the 400 champions reached €13.8 billion in 2019, an increase of almost 180% compared to 2016. The average annual growth rate is 21%. Economic success has also had important repercussions on employment: in the three-year period considered, the companies that entered the rankings created 17,671 jobs, an average of 44 per company.

"Within the Italian real estate market, GVA Redilco is a constantly evolving reality," says Giuseppe Amitrano, CEO of GVA Redilco & Sigest. "The management of change and the continuous search for new opportunities have been the elements characterizing our business in recent years, even more so in recent months. In the future I think that it will be increasingly important to create a strong corporate culture within your organization, to stimulate everyone, especially the youngest, to adopt this type of approach, in order to have different points of view with respect to traditional models. In this particular historical moment, having vision means having the courage to invest - in people and in technology - and this can make the difference or even ensure survival."