Back
Next
Previous
November 20, 2019 Corporate , Events 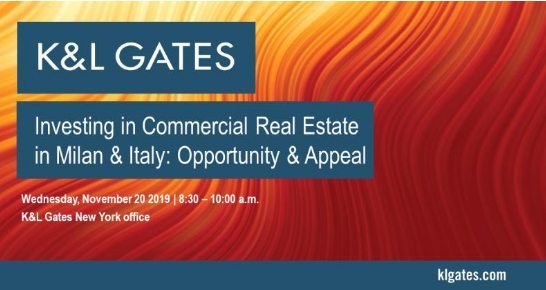 Over the past five years, GDP growth in Milan and the surrounding area has increased by some 9.7 percent – more than twice as fast as the national increase of only 4.6 per cent.

According to the Observatory, created by Assolombarda and the Municipality of Milan, the city has now left the crisis behind and is the leader among European ‘growth locomotives’ for reputation, attractiveness, competitiveness.

Milan, known as a university city, is the third attraction for talents, after Monaco and Barcelona. The city maintains its third position also in relation to the attraction of tourists: last year it has registered a growth higher than that of other cities (+ 8.7%) and has stably exceeded the peak reached with Expo 2015.

In Real Estate, investors interest in the Italian marketplace remained strong, and foreign investors continue to play an important part in this, indeed 63% of office investment total volume occurred in the Milan marketplace.

That’s why, Giuseppe Amitrano, CEO of  GVA Redilco and Sigest, has been invited to present during the K&L Gates Conference, in New York, to share insights about real estate investing trends and opportunities.